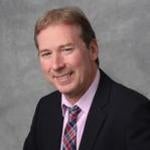 Attorney Levin was admitted to practice law in the State of Connecticut beginning 1989 and in New York Federal district court beginning 1992. He is a member of the Connecticut Trial Lawyers Association, Connecticut Bar Association, and the National Association for American Justice. Prior to establishing his own law firm, Attorney Levin was associated with the Hartford based law firm of Calvocoressi & Gale. He is rated by AVVO (Independent Lawyer Research Organization) as “Superb” and has been recognized by Hartford Magazine as a Top Personal Injury Lawyer in the Greater Hartford, CT area (2010,2018), nominated as a “ Superlawyer” in the personal injury category multiple years(2013-2018) and recognized by the National Trial Lawyer's Association Top 100 on an invitation only membership basis( 2015-2018).

Attorney Levin attended California Western School of Law in San Diego, CA. While in law school he was admitted to the National Order of Barristers for mock trial and moot court accomplishments in numerous competitions across the country. An undergraduate Bachelor's degree was earned with a major in accounting in 1985 from Nova University, located in Davie, Florida.

Attorney Levin has focused his legal practice in the area of personal injury achieving significant jury verdicts and settlements on behalf of clients who brought cases related to medical malpractice, products liability, Construction, and serious motor vehicle accidents. Also, due to a longstanding commitment to workers' rights and the familiarity with workers' compensation issues, serious injuries falling into this category are also accepted. Attorney Levin has only lost one case tried to a jury in over twenty five years of practice.

Statewide help for all personal injury, medical malpractice, and workers' compensation matters is a click or telephone call away.  We are regularly retained to prosecute serious and complex Connecticut personal injury and work safety matters with residents from not only the counties of Hartford, Tolland, and Middlesex, but New London, New Haven, Litchfield, and Fairfield counties as well. Satellite conference facilities are available to meet you near where you live throughout Connecticut for this purpose. In addition, we have developed an extensive network of local-based counsel in virtually all regions of Connecticut to service you should that be your preference.