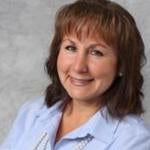 Attorney Kelly Anne Kasheta has focused her entire career representing injured individuals and their families. Kelly's experience with personal injury cases spans more than 30 years. She served as a partner in the law firm of Glass, Lebovitz, Kasheta and Bren LLC, a personal injury firm with offices situated throughout Connecticut, until 2013. Attorney Kasheta joined the Law Offices of Paul Levin in 2013, the successor firm to Glass, Lebovitz, in an Of Counsel capacity where she continues to be available to help those injured parties in need of legal representation.

Kelly grew up in the Norwich/New London area. She graduated from St. Bernard's High School in Uncasville. She received her Bachelor of Arts degree, cum laude, from the University of Connecticut in 1984 and her Juris Doctorate from the University Of Connecticut School Of Law in 1987. She is admitted to practice before the Connecticut courts and the United States District Court for the District of Connecticut. Kelly clerked for the Honorable Judge James D. O'Connor at Hartford Superior Court for a year after graduating from law school. She joined the firm of Glass, Lebovitz in the fall of 1988, and became Of Counsel to the Law Offices of Paul Levin in 2013.

Attorney Kasheta has been actively involved in the Connecticut Bar Association, having served as a member of the House of Delegates, the Committee on Unauthorized Practice of Law, and the Court Visitation Program for Hartford County schools. She is also a member of the state and national trial lawyers associations. She is a National Trial Lawyers “Top 100” attorney. Kelly has served as a Judge for the American Mock Trial Association's Intercollegiate New England Regional Tournament and the American College of Trial Lawyers Regional Trial Competition.

Kelly has been active in the community as a continuing member of the Paralegal Studies Advisory Committee at Manchester Community College, and has been involved with area high schools in their youth apprenticeship/job shadowing programs. Kelly is a therapy dog handler with her collie Jack, and is part of the leadership team with Healers With Halos Therapy Dogs, a CT Chapter of The Bight & Beautiful Therapy Dogs, Inc. She serves on the CAST children's theater Board of Directors in Manchester. She served as a member and secretary of the Enfield Montessori School Board of Trustees and its Outreach Committee, and has taught Catechism at St. Francis of Assisi Church for over 20 years.