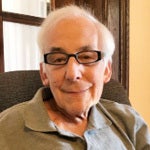 Attorney Lawrence Samuel Brick has focused his life work in the area of Worker's Compensation law and representing injured individuals in the workplace. Larry's experience with worker's compensation cases spans over 30 years. He started his career as an attorney for the Aetna Life and Casualty Insurance Company in 1972. From serving as the Counsel/Executive Assistant to the Banking Commissioner for the Department of Banking in the early 1980's to starting his own firm in 1988, Larry is a very dedicated practitioner, with a goal of helping clients receive the justice they deserve. Larry joined the Law Offices of Paul Levin in an Of Counsel capacity in 2019.

Larry grew up in the Hartford area and graduated from Avon Old Farm's School. He received his Bachelor of Liberal Arts degree from Marietta College in 1968, and received his Juris Doctorate degree from Cleveland State University in 1972. He is admitted to practice before the Connecticut Courts, Pennsylvania Courts, and the United States District Court for the District of Connecticut.

Larry has been actively involved in the Connecticut Bar Association and currently serves on the Board of the Hartford Jewish Federation. Larry co-authored an article regarding business franchises and opportunities in the CBA's Connecticut Lawyer Magazine and currently serves as an arbitrator for the Financial Industry Regulatory Authority. In addition, Larry has received a Certificate of Appreciation from Statewide Legal Services of Connecticut, for contributing an exemplary amount of billable pro bono hours to low-income clients.

Larry currently resides in West Hartford with his wife and dog Lexi, and has three grown children.